Entertaining audiences since 1988, Vic Ferrari has played over 2,500 shows. Their loyal and large fan base has followed the group through 10 countries and 25 states to experience the fun and energy of their live shows. Vic Ferrari breaks all conventions by being accessible to their fans at camping trips and vacation tours. These humble, hardworking musicians have won numerous awards but don’t ...care about critical acclaim, they play for people and enjoyment. Their performances are not only engaging and a great party, they are high quality with outstanding musicianship. This is a band of singers, allowing them to have different voices covering multiple genres and producing a varied playlist of hits.

Vic Ferrari is always pioneering new levels of entertainment with the production quality of their shows. They are also redefining what makes a rock show by creating “Symphony On The Rocks” which takes the best aspects of a Vic Ferrari Show and adds 30 classical instruments to produce an electrifying sound with robust arrangements of your favorite rock classics. Attending any Vic Ferrari event brings fun into your life.care about critical acclaim, they play for people and enjoyment. Their performances are not only engaging and a great party; they are high quality with outstanding musicianship.

With no more than a name originating from Andy Kaufman’s character in the hit television show “taxi” and a big dream the Vic Ferrari Band was founded in 1988. No one had any idea that the dream would turn into over 26 years of entertaining audiences in every type of show imaginable. With over 2300 shows under the belt, the band has played a large assortment of venues ranging from weddings, casinos, and the seven piece ensemble to excel in winning over any audience. Playing a mix of classic rock from the 60,s to today, and even tossing in a little country, the band is known for sounding as good as the original artist and sometimes even better. The desire to always find a new and exciting way to entertain. The show is played five times a year with a 28 piece symphony combining forces to create a unique awe inspiring spectacle unlike anything else ever seen. Always eager to reach new fans, we look forward to working with you!
Contact Willie Harrison at for available dates and information   Call (920) 997-9940 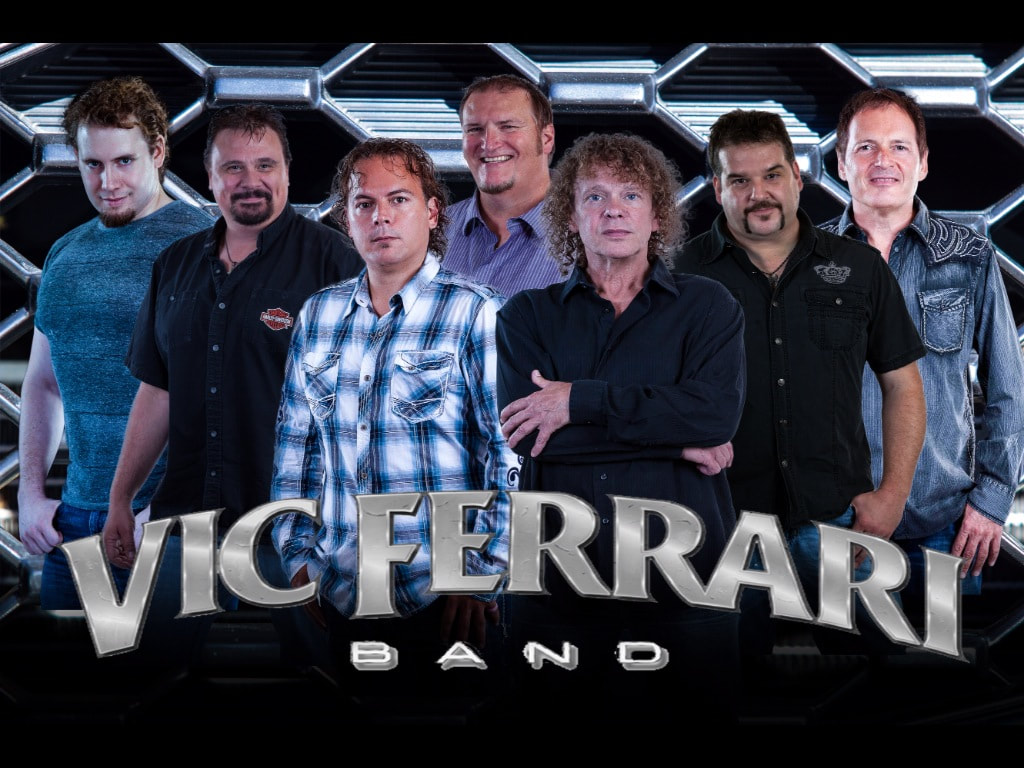