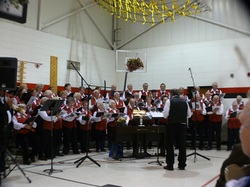 Gesangverein Concordia is a 43 member mixed chorus. Concordia was founded in 1860 and we are celebrating our 153rd anniversary.  Our choir enjoys singing German and American Folk Songs.

When the society was formed, it was done to perpetuate the German word and song.  That ethnic love continues today. We are constantly looking to draw new and younger members into our group, and to do this we reach out to the community through our annual concert and performances at various events throughout the year. We are very active and enjoy performing at many events. We also  participate in joint concerts with the High Schools of Sheboygan County, where we give a scholarship to the music program at the school we are performing with that year.  This year we joined Plymouth High School at their winter concert. 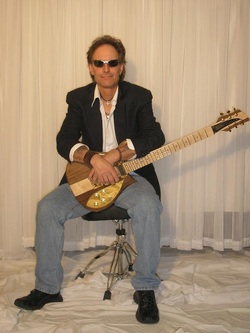 Joel Kuether started out his musical endeavors at the age of 8 years old.  His father, Fredrick Kuether, who was an accomplished musician, taught Joel the piano and shortly after that Joel took up the guitar.  At the age of 16, Joel was playing professionally in night clubs with the consent of his parents.  At the age 18 Joel traveled extensively full-time from Los Angeles to New York.

Joel has played with members from Iron Butterfly, Wishbone Ash, The Spencer Davis Group and opened for such acts as Cheap Trick, Danny and the Juniors, The Knack, REO Speedwagon, Black Oak Arkansas, Tommy James and the Shondells, The Rascals and many more.

Joel settled back in Wisconsin and raised his family, which includes his wife Mary and daughter Anna.  Joel continues to entertain in the area as either a solo artist and also has a duo and trio band.  After playing for the last 49 years, you can see Joel certainly loves playing music! 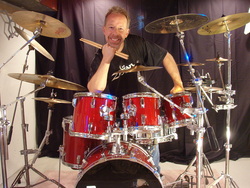 Chronically curious and always learning, you may know him as "Brian the Computer Guy", "Brian the Handyman", "Brian the Goofball", or "Brian the Firewalking Seminar Junkie"... but at this years event you will meet "Brian the Drummer!"

Clearly living a Quintuple life, Brian will prove that anyone can become a drummer within a minute or two.  And to demonstrate how the frustrations of learning and improving at a new skill can relate to learning how to deal with the challenges that life presents to us.

Brian began learning drums and percussion at age 12 and has performed throughout Southeast Wisconsin over the years.  Although not currently in a band, you may find him appearing with various musicians, jam sessions, basements, garages, man caves, woman caves, or you may have caught him drumming in last years musical "Godspell" at the UW Sheboygan Fine Arts Theater with Director Simon Provan and Music Director Lisa Golda... 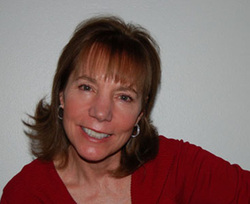 In 2006 Susan Alby founded her business Chance2Dance, LLC in order to teach social and ballroom dancing at various locations in the Sheboygan area. She is presently teaching at the internationally renowned John Michael Kohler Arts Center in Sheboygan, at Dancesport Studio in Cedarburg, Yoga Loft in Sheboygan, and Kohler Sports Core, Kohler. “My main goal is to share the wonderful world of dance with others! I thoroughly enjoy dance at every level – studying, teaching, performing, and most of all having lots of fun!” 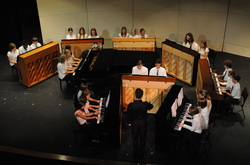 The Grand Finale!  Nine Piano's with 3 people per piano...
Never before done - you don't want to miss this performance!